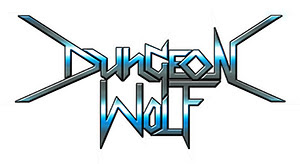 Moving from the frigid land of Cleveland, Ohio to humid Florida vocalist/guitarist Deryck Heignum brought an unconquerable passion for CLASSIC HEAVY METAL.
He teamed up with master of the bass and studio engineer Stan Martell along with expert drummer Austin Lane and the three recorded 2015’s "A Dark Formation" under the band name Stormlurker.

The release by Stormlurker was critically acclaimed with its combination of Thrash and traditional Metal. Unfortunately, due to being under funded it never made its mark on the Metal scene the way it should of though a sonic representation is to be found here. 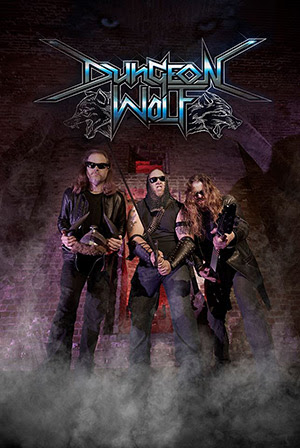 The three Metal maniacs got together again in 2017 under the name DUNGEON WOLF in order to record a more melodic and much more traditional album entitled "Slavery Or Steel".

German label Iron Shield Records signed DUNGEON WOLF in early March. May these legendary album gets the exposure it deserves! 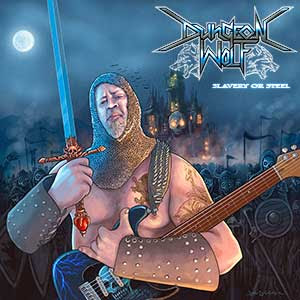 Official release date of "Slavery Or Steel" is September 7th.

Planning on the 2018 release the band asked for a couple of early reviews to create a buzz and received the following accolade from the review site Heavy Metal Time Machine:
"'Slavery Or Steel' is the cream of the crop as far as new Metal offerings are concerned! Kudos to everyone involved with DUNGEON WOLF's grade A debut!". 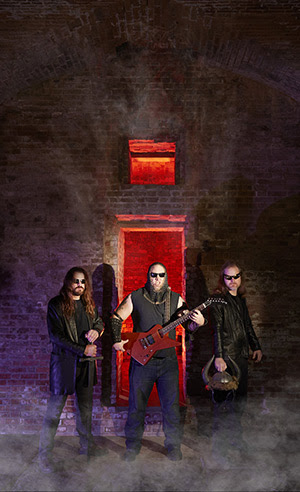 DUNGEON WOLF is poised to make one of the biggest explosions with a debut release that the Metal scene has seen in quite some time due to the absolute original sound, top notch songwriting and production that is second to none.

86 / 100
"... a multifaceted and well-balanced debut album … you can understand it from first song 'Hidden Dreams' … the vocals' solutions provided are various and astonishing and the spaces for guitar's solos, always really inspired, are several … the album goes on in its diversity, without never appearing boring …"
(Hardrockheavymetal)

"‚Slavery Or Steel‘ is the cream of the crop as far as new Metal offerings are concerned! Kudos to everyone involved with DUNGEON WOLF’s grade A debut!"
(Heavy Metal Time Machine)

"… I can only compare DUNGEON WOLF with such bands as Cauldron Born, Dawnbringer and Skullview … the answer to those who believe that True Metal has nothing new to offer to its audience. Yes it still does and DUNGEON WOLF are here to prove it."
(Behind The Veil)

"… epic passages, powerful guitar and great rhythms … DUNGEON WOLF made a thrilling debut with new resonance, revisiting Classic Metal and its multiple sub genres in a very persona style, creating an excellent sound. I recommend this album to metal lovers in all its forms …"
(Rockers And Other Animals)

"… singer Deryck has an incredible vocal range … a varied journey to every corner of the traditional Heavy Metal genre … 'Slavery Or Steel' is atmospheric, melodic and captivating."
(Frenzy Fire)
"… filled with energy … guitars painting the image of some sort of darkness rising from the surface to terrify them all …"
(The Median Man)