The fact that you are dealing with protagonists who have many years of experience and are therefore capable of multiple activities is already evident during the first minutes of listening. Guitarist Marcel and drummer Jan have known each other since their school days. The first band together started back in 1987.
Anyone who genuinely loves and deeply appreciates hard music will never let it go anyway – so in 2013 the two started again to work resolutely and visionarily on new songs.
In 2014, BLACK LILIUM was finally founded, and the participants worked on the compositions, both diligently and with a focus on quality. 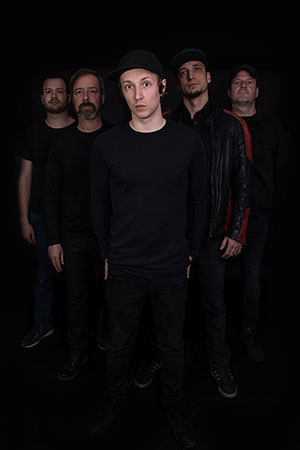 LINE-UP:Felix Hochkeppel • Vocals, KeysMarcel Wroblewski • GuitarMaurice Scholz • GuitarLasse Lammert • BassJan Knoop • Drums
It should be completely melodic and timelessly beautiful, with ear-friendly refrains and really grippy structures – together with a singer who is just perfect for the exquisite PROGRESSIVE MELODIC METAL style of the formation.
With the signing of golden throat Felix, a direct hit was achieved, this top talent covers the entire emotional range of the songs with his changeable and harmonious voice. Broad and iridescent floating keyboard scores of captivating beauty round off what is on offer with brilliant guitar work. The high musicality is simply impressive.
BLACK LILIUM present veritable catchy tunes with deeply inspired hymns such as the big hit „My Purpose“ or the equally empathetically accentuated power pack „Everything I Am“.
It is a matter of enjoying excellent gems that you shouldn’t hear every day despite the continued flood of bands – as if Muse with Mando Diao had made an unwavering decision with all their talents and skills to win the all-melodic Metal mastery in the field of aesthetics! 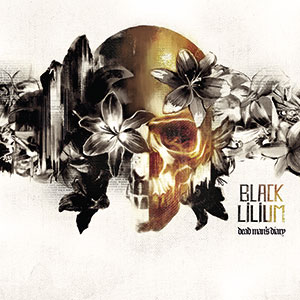 [ Cover art: Chris Valentine ]
TRACKS:01 Beast In The Backseat 4:4202 Paragon Of Imperfection 4:5503 Demon In Disguise 3:5404 Start All Over 4:2505 Never 4:1806 Walls Around My Soul 3:2607 Everything I Am 4:3908 The Ones You Made Us 3:5209 My Purpose 3:4510 Dead Man’s Diary 6:0811 Ghosts Without A Voice 3:45
total: 47:00 min.
•
•
If one does the effort and studies the realistic lyrics of the tracks line by line while listening, you can increase the goosebumps factor even more.
And that they can not only interlock crisp, modern nuances in terms of functionality, but also celebrate them in a sublime manner, prove BLACK LILIUM with the stirring and even fully danceable „Ghosts Without A Voice“!
In 2019, the Schleswig-Holstein hopefuls released their all around thrilling debut album „Dead Man’s Diary“ first in digital form, the official physical release will be on January 31, 2020. (Markus Eck) 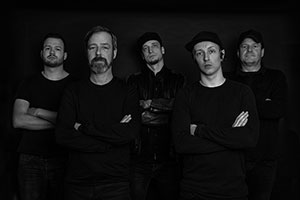 BLACK LILIUM are available for interviews via phone, Skype & e-mail

Enthusiastic and passionate about everything R.U.S.T.X do, their upcoming 3rd album „Center Of The Universe“ will unquestionably convince old school lovers that they do mean serious business. 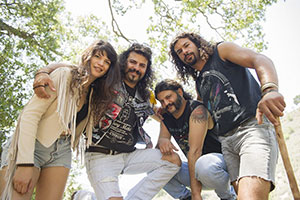 The band’s outstanding positive energy and originality are accurately reflected by each of the album’s 10 magnificent songs and so are the band’s influences which are deeply rooted into 70s and 80s Rock and Metal icons.
The level of musicianship in „Center Of The Universe“ is beyond perfect and the band sounds completely harmonious and in perfect unity. Not surprising since, not only all band members are seasoned musicians, but all four are siblings (!), 3 brothers and their sister, who apart from their instruments, they all share vocal duties! A most definite (and amazing) family affair!
The band comments: „With this album we really pushed ourselves to the limit and the result is like something out of this planet. A comeback to the 70s and 80s era of Rock and Metal music that we so much adore.“
Legendary radio producer Robert Camassa, who pens a foreword on the album, couldn’t have put it better:
„This album is like a swiss clock, ticking along nicely, never skipping a beat. This is a band that has paid its dues and has come roaring back with a killer album. If R.U.S.T.X should ever need a blood transfusion it must be Heavy Metal+.“ 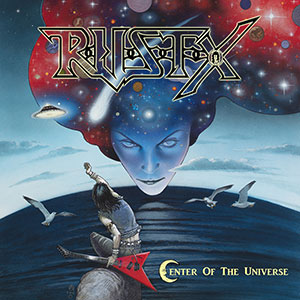 [ Cover art: Chris Achilleos ]
TRACKS:01. Defendre Le Rock 04:5102. Running Man 03:2503. Black Heart 04:2904. I Stand To Live 05:2605. Endless Skies 04:3206. Center Of The Universe 09:0907. Widow’s Cry 05:3808. Wake Up 04:4509. Dirty Road (CD bonus) 04:1710. Band On The Run (CD bonus) 05:18
total: 51:50 min.
The remarkable work of R.U.S.T.X is completed by the magnificent cover created by the amazing Chris Achilleos, known for his unique interpretation of stunning amazons, epic dragons and paintings inspired by ancient civilizations and mythology.
His works have adorned hundreds of fantasy book covers in the 70s and 80s and of course he is best known for his painting of the heroine Taarna commissioned for 1981’s „Heavy Metal“ animated movie poster.
The album also features guest appearances by Paolo Nipa (DARK QUARTERER) and Andrea Ramacciotti (DEADLY TIDE) and it was recorded and mixed at Woodstock Recording Studio in Piombino, Italy by Andrea Ramacciotti.
„Center Of The Universe“ is out on November 15th on CD and Digital with a vinyl release planned for a later stage. The CD version features 2 bonus tracks, including a cover of the classic „Band On The Run“ (Paul McCartney & Wings). A track is available for streaming and free download at Pitch Black Records where pre-order information is also available.


Class instead of mass!

„VII • Respect The Steel“, the current successor to the 2015 released sampler „VI“, proudly presents 13 Metal hopefuls, far off the undignified constructed mainstream.
Stylistically set up with a competent focus, the whole thing is an as stylishly homage to the classic, primeval Heavy Metal, as thereon one can experience also fully sworn Black Metal in all its dark splendor.
The emphatically traditionally designed, appropriately combative cover artwork comes from the capable hands of Serbian illustrator Dusan Markovic.

Official release:
October 14, 2019
Media feedback:
➤ „… features some of the finest discoveries for all around the world … a truly adventurous collection of Metal artistry whose curator’s passion for the genre is nothing short of legendary.“ (Highwire Daze, https://highwiredaze.com/2019/10/28/vii-respect-the-steel-by-various-metal-metalmessage) 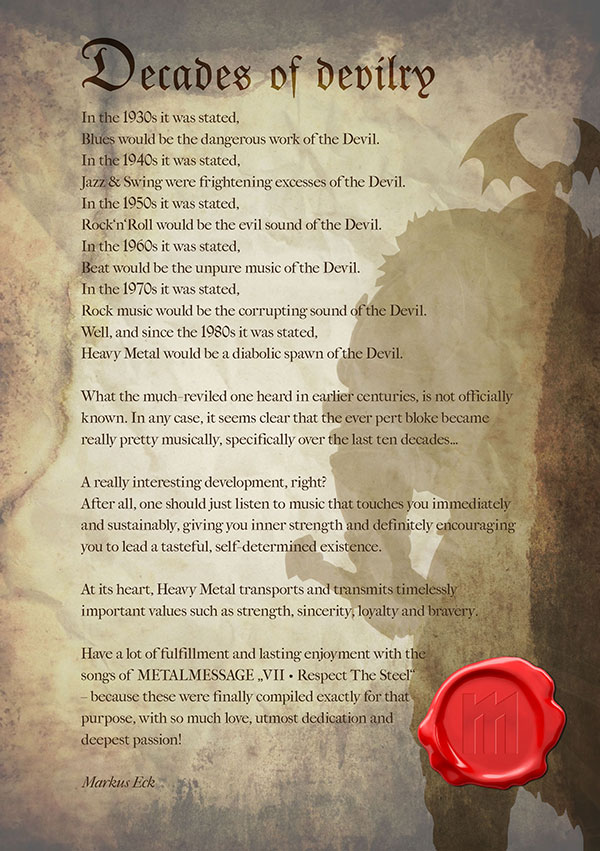 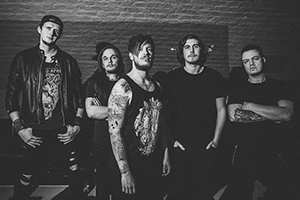 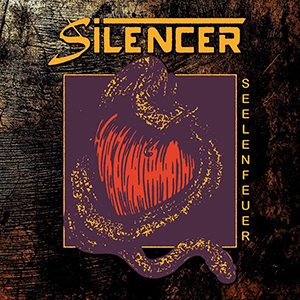 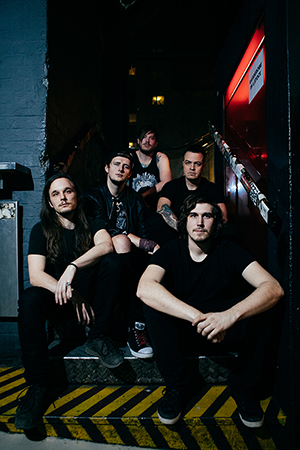 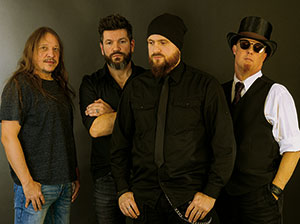 [ Pic: Ravenfield ]
LINE-UP:Polo • Vocals, GuitarMarco • GuitarUli • BassRio • Drums
Founded in 2016, it did not take long for the hungry participants to find their very own style. One year later, RAVENFIELD published their self-titled EP.
A stable start was made, followed by the songwriting for the debut album. And so „Faith And Fall“ was launched in the spring of 2019. ‚Dark Rock to kill happiness‘, as the band itself declares about – and simply nails it. 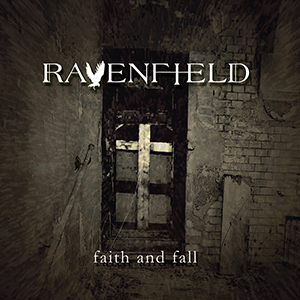 OLYMP is not just a myth, but rather true teutonic HEAVY METAL.Driving riffs in traditional 80´s style, will make your heads bang wild.
The whole is literally old school to the bone. The roaring bass and striking twin-leads will raise even the last sceptic to the peak of Olympus. 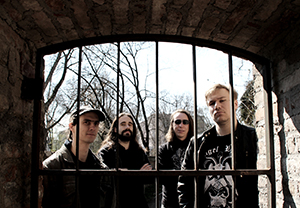 [ Pic: Olymp ]
LINE-UP:Armin • GuitarButschi • GuitarAndré • BassDommi • Drums
Since the beginning of 2018, Butschi (guitars, vocals), André (bass), Armin (guitars) and Dommi (drums) have been working on original songs in their rehearsal room.
OLYMP emphasize their ambitions to reach the Olympus of the Metal gods by their longtime stage experience in former bands and a recent release of „Olymp“, their self-titled EP. 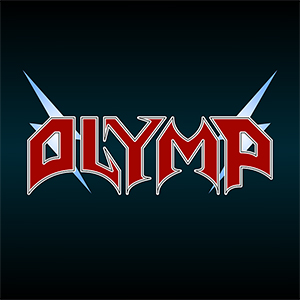