Committed to destiny
In 2009, guitarist Freddie Formis and his brother, drummer Dylan, lifted their own band HELL’S GUARDIAN from the creative baptismal font.
Cesare Damiolini was determined to rhythm guitar and from then he fervently took over the growl vocals. Claudio Cor then strapped on the bass guitar, and it could really start for these hot-blooded Italians.
After the completion of the line-up, the participants were able to present the first demo a year later. 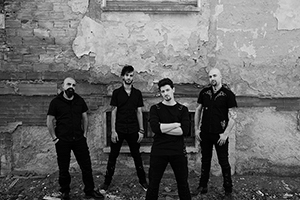 LINE-UP:Cesare (Growl vocal & guitar)Freddie (Guitar)Claudio (Choirs & bass)Dylan (Drums)
In 2014, the debut album „Follow Your Fate“ was presented with healthy pride, flanked by various live gigs.
In a richly worth listening, play-cultural high-quality intersection of Amorphis, Edge Of Sanity and In Flames, the band has meanwhile musically found itself entirely.
The quartet’s EPIC MELODIC DEATH METAL, which was arranged as elaborately as lovingly and often upliftingly pompous, also made its own unique, stylistically and thematically unbreakable way.
In July 2015, the lombard hellguardians released an EP titled „Ex Adversis Resurgo“, which was able to receive many positive responses. 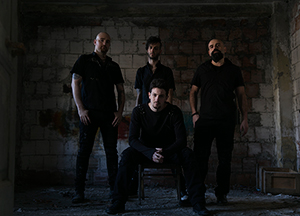 Furthermore, HELL’S GUARDIAN was back on so many stages, and this also with established acts like Amorphis, Children Of Bodom and Sabaton.
A bravely completed Eastern European tour can also be presented, in which the Italian-based Melodic Heavy Metallers Temperance were energetically and playfully supported on their Metal Invasion Tour.
At the end of 2017, HELL’S GUARDIAN and producer Fabrizio Romani began recording the new album in his Media Factory studio, which received the symbolically sacral title „As Above So Below“. 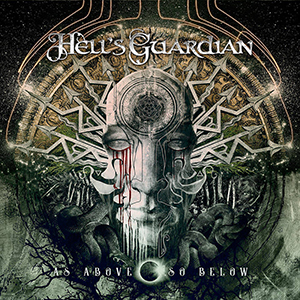