Chicago’s AFTERMATH is one of the pioneering crossover Thrash bands of the 1980s:a band that transformed into one of the most technical Thrash Metal bands of its time on its critically-acclaimed debut album, „Eyes Of Tomorrow“.
Its new album „There Is Something Wrong“ is an 11-song opus of TECHNICAL PROGRESSIVE THRASH METAL.
Febr. 15th, 2019:Digital release – Zoid Entertainment – InGrooves/The Label GroupUS CD release – Zoid Entertainment – The Label Group
March 15th, 2019Official European release –Sleaszy Rider/Zoid Entertainment 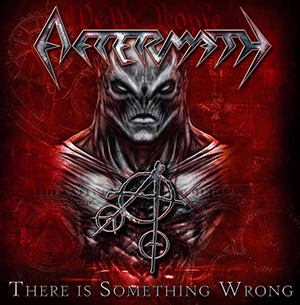 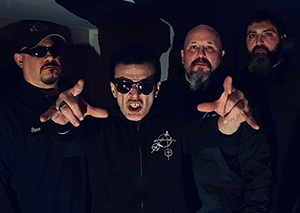 [ Pic: Peter Tsiolis ]
LINE-UP:Kyriakos ‚Charlie‘ Tsiolis • VocalsSteve Sacco • GuitarGeorge Nektarios Lagis • BassRay Schmidt • Drums
A calling out of the masses to wake up and know the real enemy. The music is urgent, and the lyrics challenge the listener to seek the truth. In a world of monotonous uniformity, AFTERMATH stands out alone. 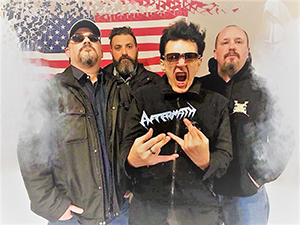 2010 definitely ist the key year in the existence of this proficient youngsters. Since then, INVICTUS continuously refines their already surprisingly homogenous style, which is now presented to the broad public for the first time.
So this wonderful melodic and dynamic POWER SPEED METAL came to existence, forged in a typical teutonic way, delivered with a lot of heart and passion. It’s pretty audible on their debut EP „Burst The Curse“ that the chemistry within the group is one of a kind. 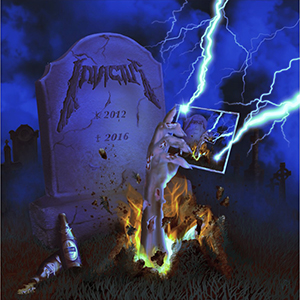 The involved songwriting was put in concrete terms in 2018. And that’s for sure, the fresh energy and intuitive originality is going to convince retro-maniacs and traditional headbangers as well with ease.
Competent guitar work will always find its listeners in Heavy Metal realms, especially if it is performed in such a fluent and appealing way as it is by the INVICTUS Shred-Duo Fabio and Andi.
Also the fact that the voice of frontman Nico sounds natural and organic throughout his whole vocal range is a pure pleasure to the Metal ear – especially considering the still dominant vintage-trend-excess with all its falsetto-orgies.

This also applies for the touching ballad „Gaia”, where the singer proves his feeling for big moments. 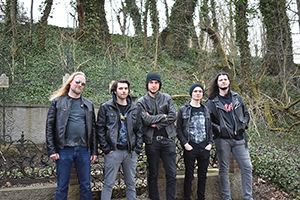 Anyways, the heart and soul of this group is filled with the love for the golden age of Metal, where, especially in the 1980s, classic records were released almost in masses, records that build the foundation of the genre and are collectively worshipped to this day.
And the fact that INVICTUS evokes not only memories of early Priest, but also of teutonic giants like Helloween or Blind Guardian, suggests that these Bavarian newcomers carry similar qualities.
Therefore it’s safe to say, that INVICTUS will conquer their scene with the fresh and thrilling output on „Burst The Curse“ with ease. (Markus Eck)